As Women’s History Month is coming to a close, it is exciting to discuss some of the women of Wilmington who have made an impact on the world. Their accomplishments reflect the pride and integrity of our beloved city and state! Read more about them below. 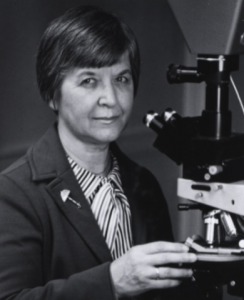 Stephanie Kwolek’s career as a chemist led her to make many revolutionary discoveries. Most notably, she is the inventor of Kevlar, a synthetic fiber with over 200 applications including boats, airplanes, ropes, cables, etc. She served as a guide for other women in the field and was a leader in programs that introduced children to science. She was recognized by the National Inventors Hall of Fame in 1994, making her only the fourth woman inductee at the time. Additionally, In 2003 she was inducted into the National Women’s Hall of Fame. 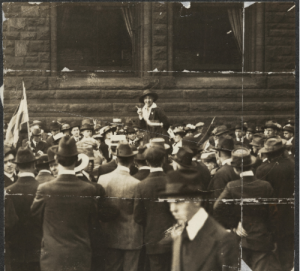 Born in Wilmington, Mabel Vernon was a strong activist for women’s rights and a leader of the American Woman Suffrage Association. She earned a master’s degree in political science from Columbia University in 1924. She is known for her protest in favor of women’s suffrage during Woodrow Wilson’s presidency as a member of the Silent Sentinels. She also served as secretary of the National Women’s Party and lobbied on behalf of the Equal Rights Amendment. She is pictured here speaking at a Suffrage Rally in May of 1916. 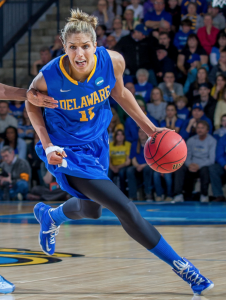 Elena Della Donne is known as the former star player for the University of Delaware Women’s basketball team where she lead the Blue Hens to the 2013 NCAA Sweet Sixteen, 2012 NCAA second round, a pair of WNITs, two Colonial Athletic Association regular season titles and two CAA tournament crowns. In the WNBA, she was the No 2 overall pick of the 2013 Draft selected by the Chicago Sky and is now a member of the Washington Mystics. In international play Della Donne is a 2018 FIBA World Cup champion, 2016 Olympic champion, and winner of the 2011 World University Games. She has also partnered with PETA to raise awareness on adopting shelter dogs in an ad campaign in 2019 and is an ambassador for the Lyme Research Alliance. 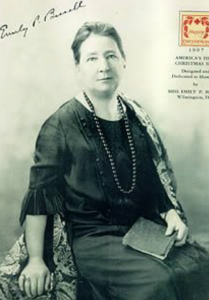 Born in Wilmington in 1861, Emily Bissell is known for her work in early childhood education. She was the founder of Wilmington’s first public kindergarten and made efforts to introduce child labor laws in Delaware. She was also passionate about finding a cure for tuberculosis. She popularized a system of using a particular type of stamps during the Christmas season and proceeds were dedicated to fighting the disease. Her work was so charitable that in 1980, the U.S. Postal Service issued a 15 cent stamp in her honor. 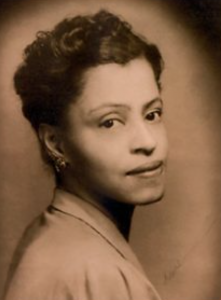 Pauline Young’s family was known to help out those traveling along the Underground Railroad before moving to Delaware in 1903. Young joined the NAACP at the age of 12, and served nine years as the secretary. She later was elected as the president of the Wilmington NAACP branch. Young was honored by the Wilmington Branch of the National Association of University Women for her lifelong commitment and service. 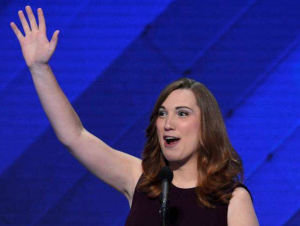 Senator Sarah McBride was recently elected to the Delaware Senate, making her the first openly transgender person elected to an upper house of a state legislature. Her advocacy endeavors include working for former Governor Jack Markell, the late Attorney General Beau Biden, and as a White House intern during the Obama Administration. Recently she served as a spokesperson for LGBTQ equal rights organization The Human Rights Campaign. She was also awarded the Order of the First State, making her one of the youngest Delawareans in history to be granted the state’s highest civilian honor. 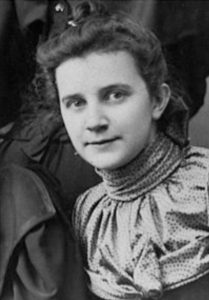 Mary T. Wales was born in Wilmington in 1874 and lived a passionate life dedicated to education and defining her own success. In 1913 she met Gertrude Irene Johnson and their mutual passion for education propelled their friendship. Wales and Johnson sooned opened a small business school in Providence, Rhode Island. This would come to be known as Johnson and Wales University. Her work was honored in a 30-minute documentary film HERstory: The Founding Mothers of Johnson & Wales University in 1994. 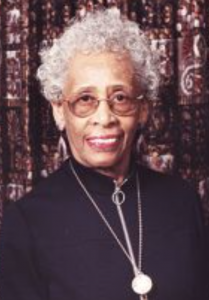 Jane Mitchell is known for her work in nursing as well as her charitability and leadership. She earned degrees from Howard High School Provident Hospital Nursing Program, University of Delaware, and a master’s degree from Washington College. She was one of Delaware’s first African American nurses. She also volunteered with the American Cancer Society, Meals on Wheels, AARP and the Henrietta Johnson Medical Center in Wilmington. Her efforts earned her the UD Medal of Merit and the NAACP Unsung Heroine Award.

Which Women of Wilmington have inspired you this Women’s History Month?

Ray Hancock is a 76ers Arena Host, Emcee, Entrepreneur & Brand Ambassador here in Wilmington. He is this week’s #PeopleOfWilmDE! Read his story below: “I was born and raised in New Castle Delaware but I moved to Wilmington, Delaware when I started a position as a mailroom clerk at BlackRock. I spent a lot of […]

Gerald Allen Jr. is a Culinary Arts Educator at Hodgson Vo-Tech and local chef who collaborates on several pop up concepts around the city. He is also this week’s #PeopleOfWilmDE! He was nominated by fellow Wilmington chef Andrew Cini. Read his story below:  “My mother grew up in Wilmington so I spent many days, nights […]

Little moments, big memories! Wilmington, DE is a family-friendly destination with activities available for all ages! Create memories your little ones will never forget and check out all the family fun Wilmington has to offer. Where to Explore:  1. Brandywine Zoo – Everyone loves cute animals! The Brandywine Zoo is the perfect place to bring […]