Just Released! Check out the Delaware Blue Coat’s Schedule for this Season.
type in your search and press enter 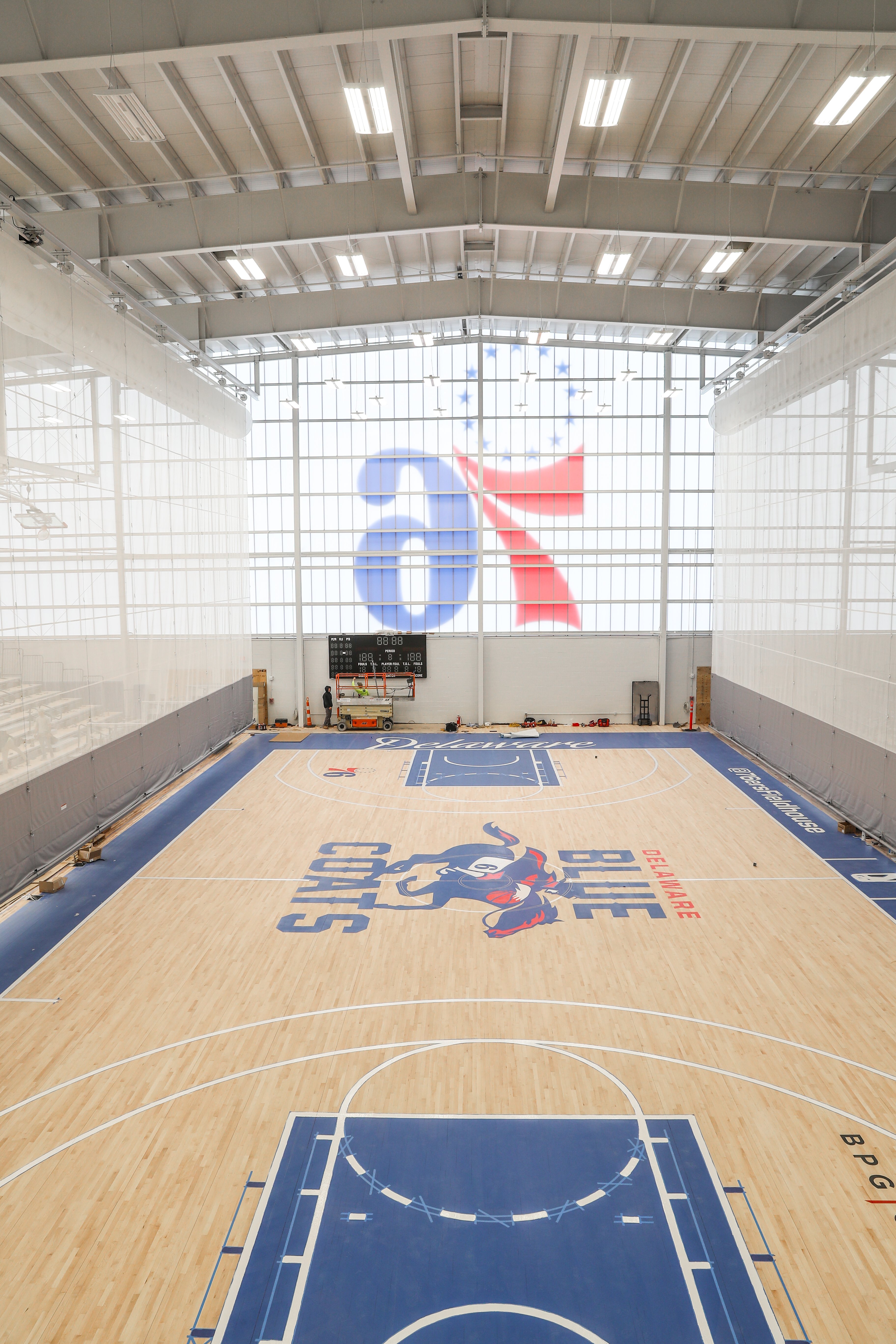 The Delaware Blue Coats, NBA G League affiliate of the Philadelphia 76ers, announced its schedule for the 2019-20 NBA G League regular season. The opening game will be at 76ers Fieldhouse against the Maine Red Claws on Saturday, Nov. 9 at 7:00 p.m. ET. The opening night contest is one of 16 regular-season weekend games that the Blue Coats are slated to play at home.

Season Tickets are $199 and can be purchased now. All 24 regular-season home games during the 2019-20 season are scheduled to be played at 76ers Fieldhouse.

The full promotions and entertainment schedule will be released this fall. Among the notable highlights are six premium home games and accompanying group experiences set for the following dates:

Group tickets for these games start at just $10 and are on sale now by calling 302-504-7587, emailing BlueCoatsTickets@76ers.com or visiting SIXERS.COM/BlueCoats. Group experiences with the Blue Coats include in-game performances, a high-five tunnel with Delaware players, playing on the court and more. The full schedule can be found below: 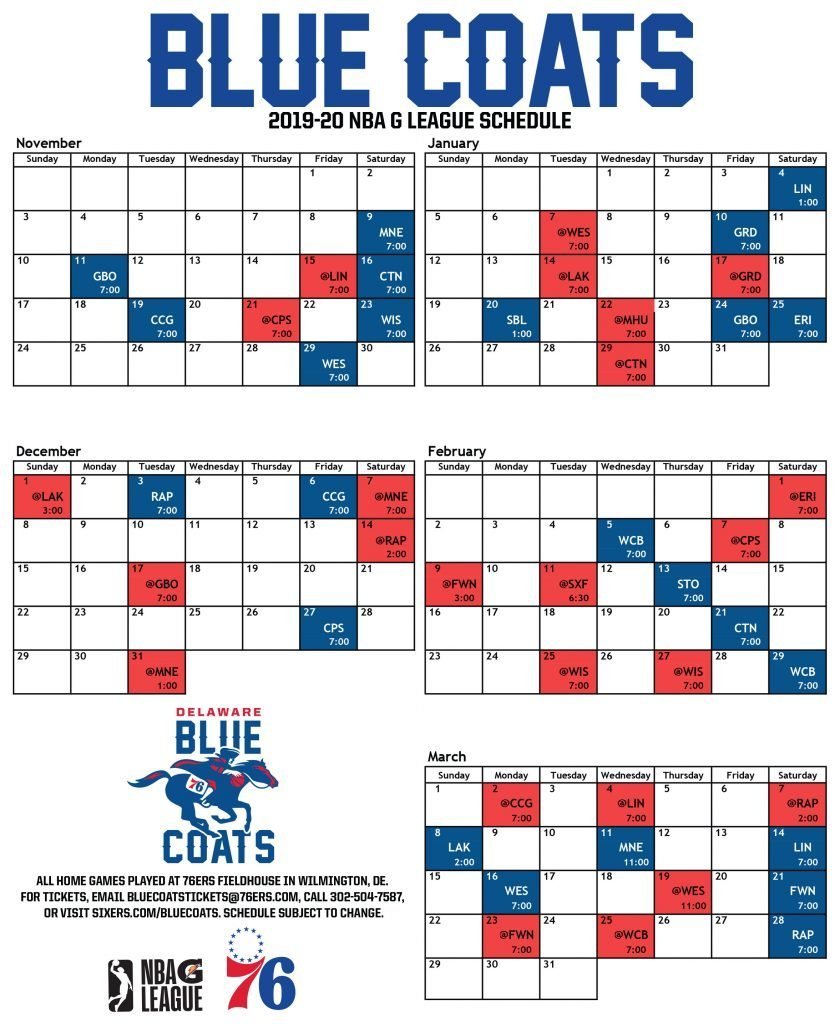 ABOUT THE DELAWARE BLUE COATS:
The Delaware Blue Coats are the official NBA G League affiliate of the Philadelphia 76ers. The Blue Coats are named for the legendary 1st Delaware Regiment, which was known for its signature blue combat uniforms and courageous participation in the American Revolution of 1776. The team plays its home games at the all-new 76ers Fieldhouse in Wilmington, Delaware. For information on 2019-20 season tickets, visit SIXERS.COM/BlueCoats. The Delaware Blue Coats organization is a Harris Blitzer Sports & Entertainment property.

ABOUT THE NBA G LEAGUE:
The NBA’s official minor league, the NBA G League prepares players, coaches, officials, trainers and front-office staff for the NBA while acting as the league’s research and development laboratory. Featuring 28 teams with direct affiliations with NBA franchises for the 2019-20 season, the league offers elite professional basketball at an affordable price in a fun, family-friendly atmosphere. Fifty-two percent of all NBA players at the end of the 2018-19 season boasted NBA G League experience. In fostering the league’s connection to the community, its teams, players, and staff promote health and wellness, support local needs and interests, and assist in educational development through NBA Cares programs. NBA G League games are available on ESPN’s family of networks and NBA TV.

Your Guide To Historical Black Colleges and Universities Week 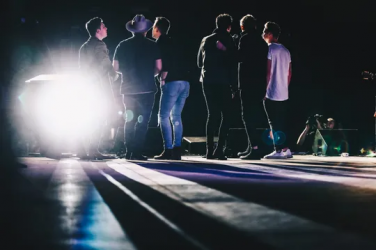 A New Band Is Coming To The 76ers Fieldhouse

After hosting both rapper Cardi B and rock act O.A.R. earlier this year, the ... 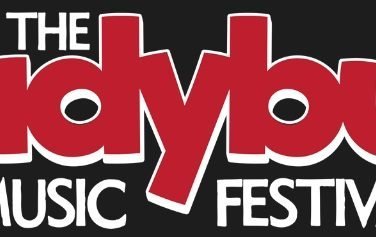 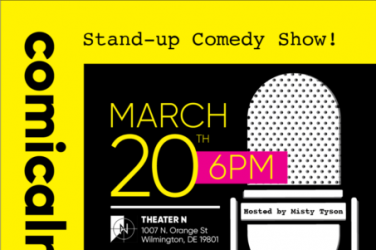 Comedy in Delaware has been “played out” according to some, but has it really? ... 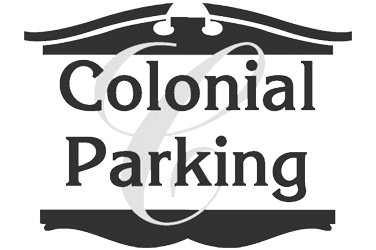 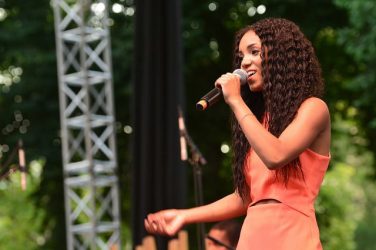 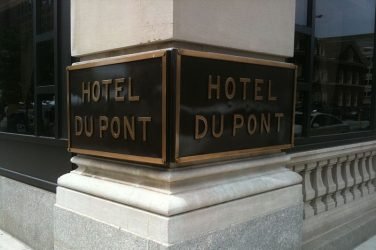