Our tiny state loves its food, and we celebrate it with festivals nearly every month of the year. Whether the festival is dedicated to one specific cuisine, mixed with alcohol for an adults-only party, or involves a cultural celebration of international dishes, here’s a list of some of our favorite food festivals in Delaware. 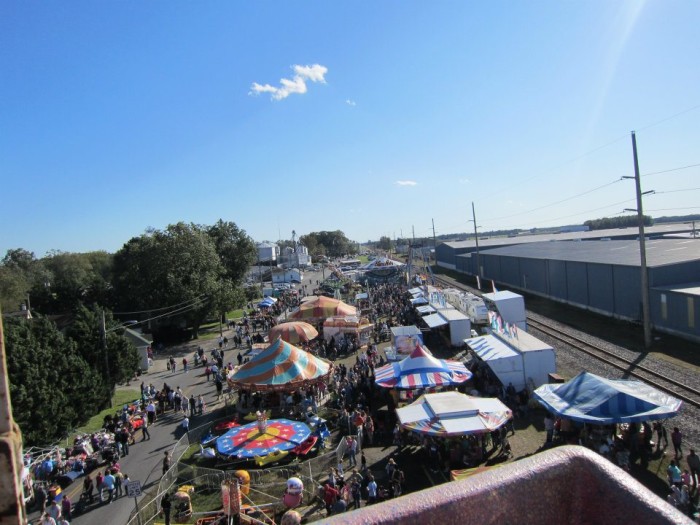 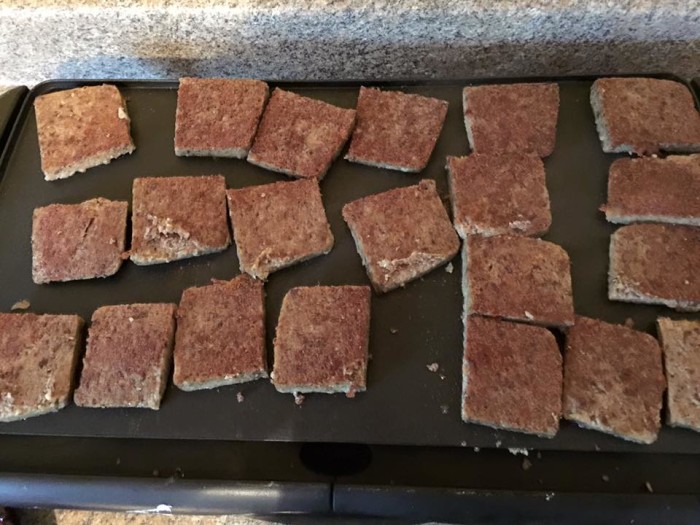 There’s nothing quite as Delawarean as a food festival that celebrates the best of Delaware agriculture, from its produce to its meat. Every October in Bridgeville since 1992, visitors have dined on some of the best local apples and locally produced scrapple from the RAPA Scrapple factory in town. 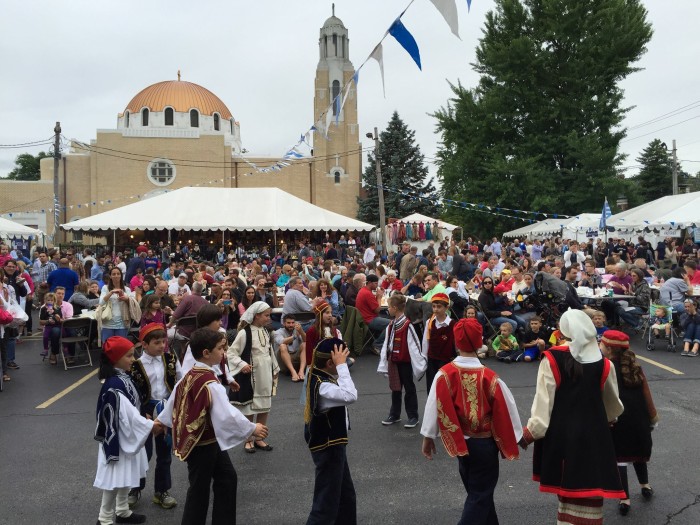 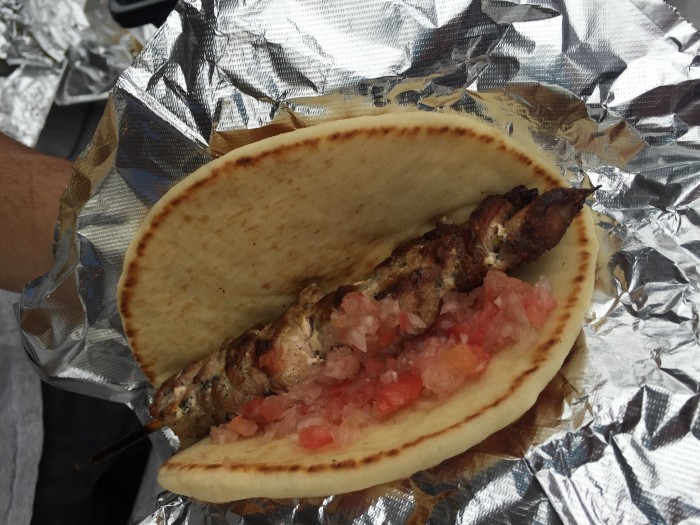 This is one of my personal favorites. Held in June, among so many other Wilmington-based food festivals the Greek festival features food made on site by the church members. Lines can get long, but it’s well worth the wait. There are vendors outside for hand-held treats like gyros, souvlaki and ‎loukoumades‬ (Greek doughnuts), or go inside the church hall for a sit-down meal with a huge buffet from which to choose. Dine outside and watch the dancing late into the evening. 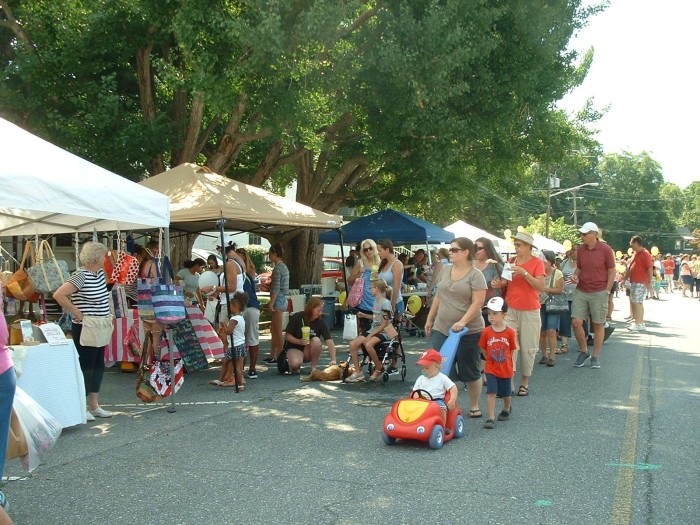 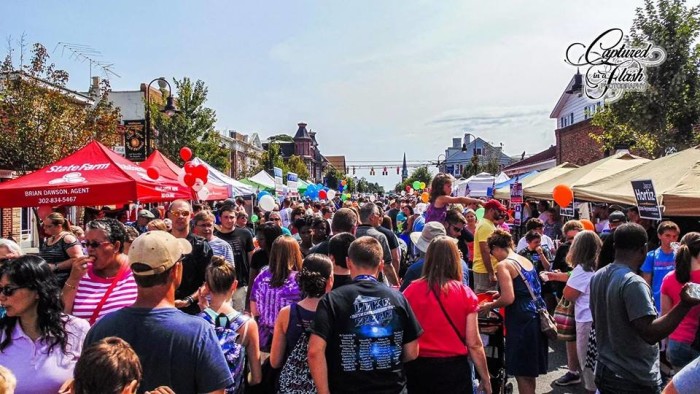 Peach ice cream. Peach pie. Peach iced tea. Peach water ice. Peach princesses. Peach parades. You name it, one of these two festivals has it, so long as it’s peach colored, flavored or inspired. Why peaches? In the 1500s Spanish explorers brought peaches to Delaware and the rest was history. The peach industry boomed in the first state, topping six million bushels harvested at the peak of production. Grab some peach pie while you’re at either festival; its the official dessert of Delaware. 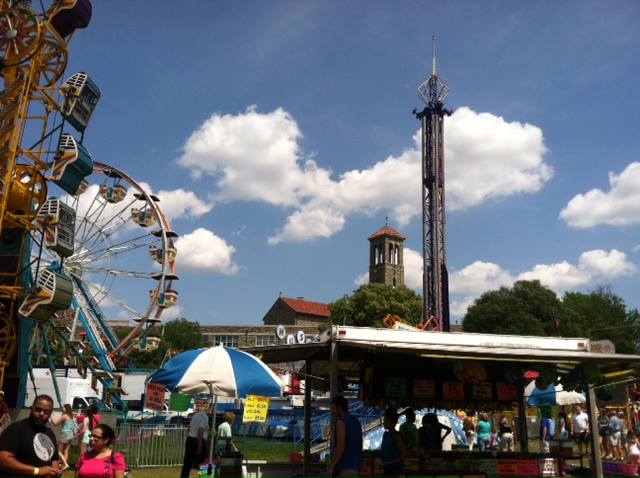 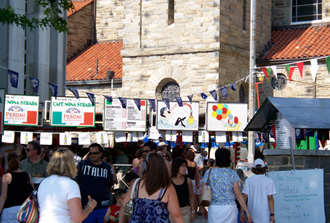 Mangia! Each June (along with Wilmington’s other cultural and food fests), St. Anthony of Padua Church hosts this week-long fundraiser and festival for its school. We love the food at St. Anthony’s: cannolis, meatballs, pasta dishes, porkette/porchetta sandwiches, and, of course, pizza. 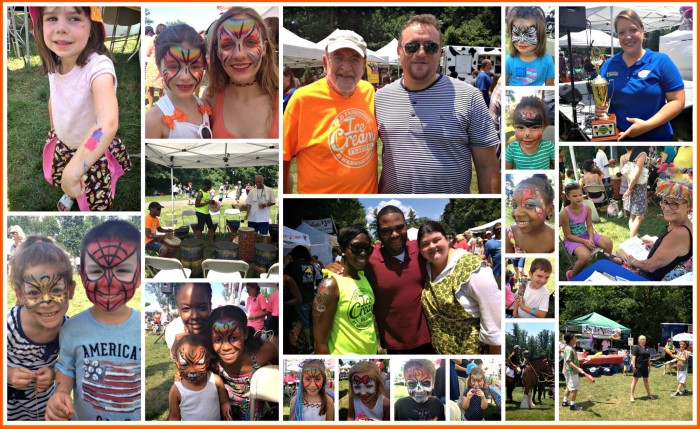 In the heat of Delaware’s humid summer, Rockwood Park fills with ice cream aficionados. The Food Network visited in 2014 to experience the event in all its ice cold, creamy goodness. We love to support our local Delaware ice cream makers, and support their businesses with lots of scoops. 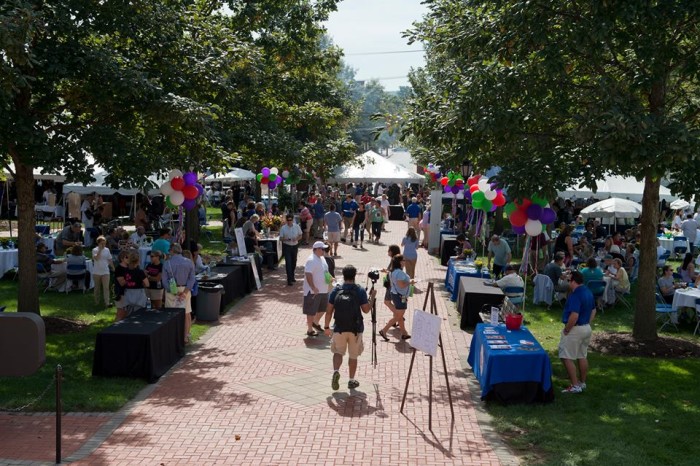 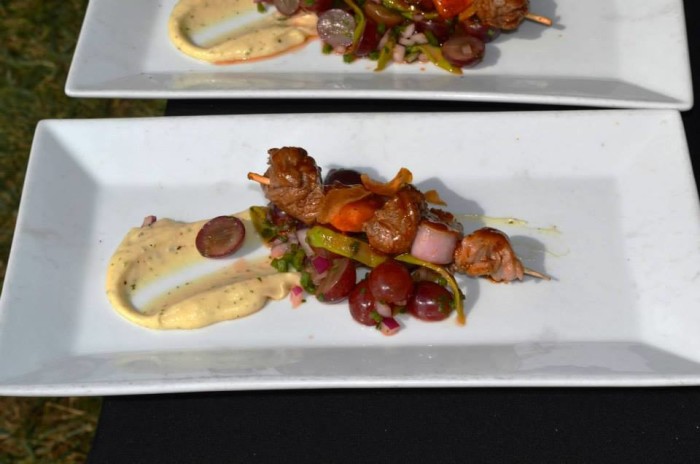 For over a decade, the City of Newark has featured its foodie culture by highlighting local restaurateurs and their cuisine. Limited tickets go fast; festival goers are more than willing to pay over $50, a steal for sampling food and wine from over 50 vendors. 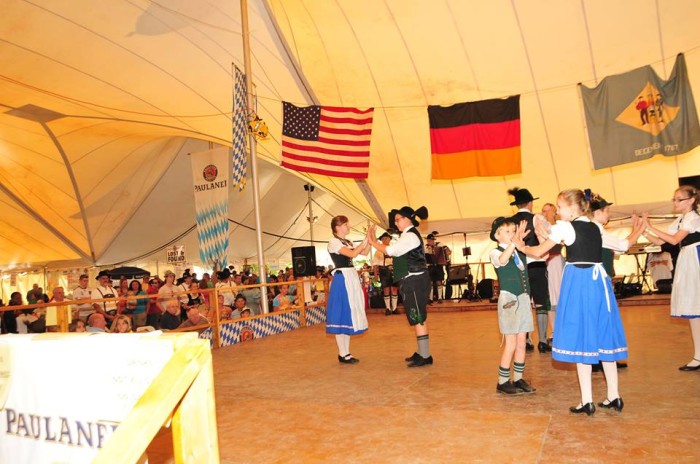 We know plenty of people who go to the Delaware’s German festival each October for the beer alone, but what they’re missing is the food! Grab a bratwurst, Weisswurst, or some herring and sit down in the dining room to listen to traditional German music. Finish off the meal with some sweet Torten. 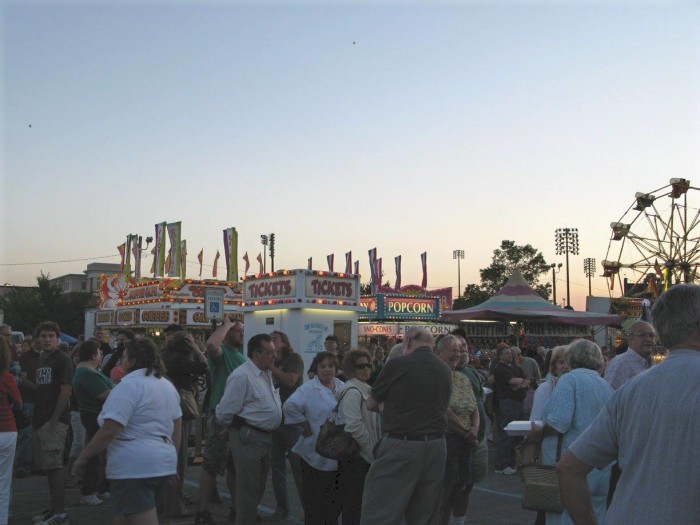 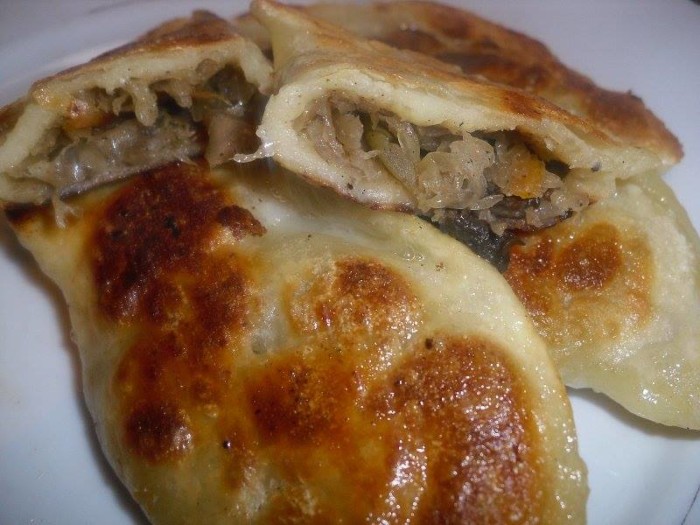 As if you needed another excuse to see the beautiful church that is St. Hedwigs, put their Polish festival on your calendar for September 2016. This year is their 60th festival, so they must be doing something right. Pierogi, kielbasa, and Polish pastries, oh my! 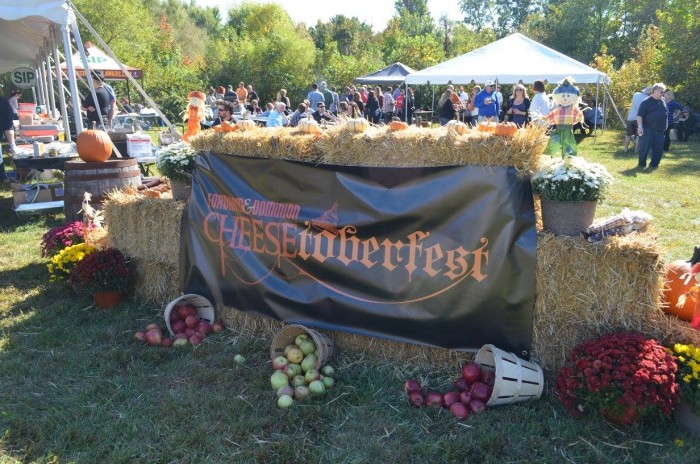 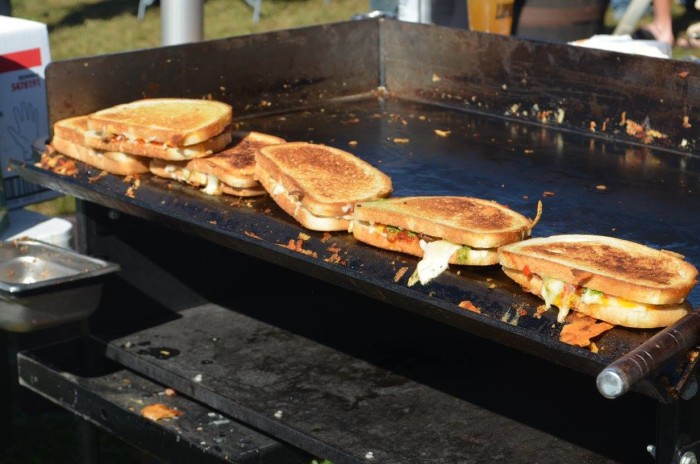 Held on the grounds of Fordham and Dominion Brewing east of Dover, this October food festival celebrates the glory of grilled cheese and, of course, beer. Throw in some German music, beer hall style seating, and plenty of hipster lederhosen, and you have an Oktoberfest vibe. Two competitions pit professional chefs against amateurs to find the best grilled cheese and the best mac and cheese. 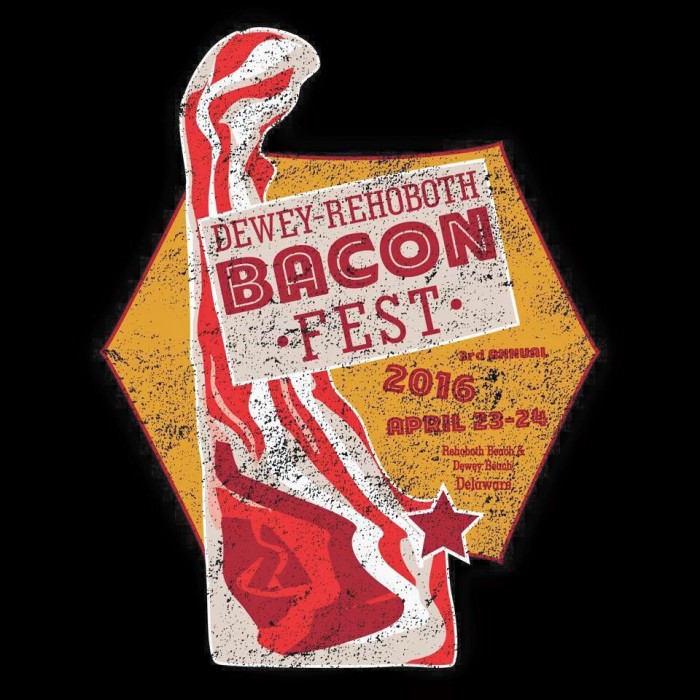 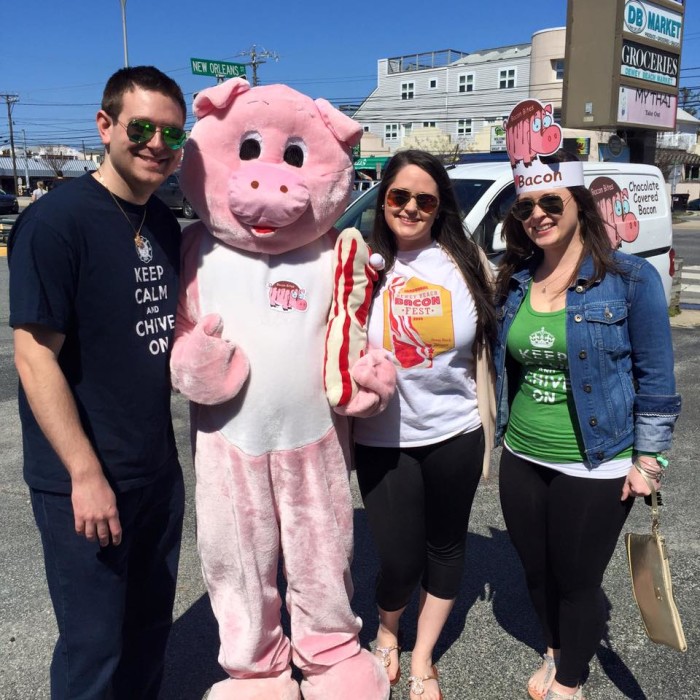 MMMM, bacon. It seems like in recent years, people all over the country, not just in Delaware, have started going hog wild over this porky treat. And, starting in 2014 we dedicated an entire Delaware food festival to it. The beach and bacon?! Count me in. 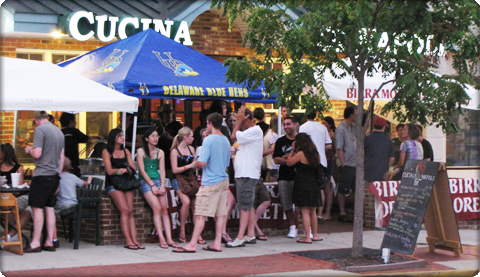 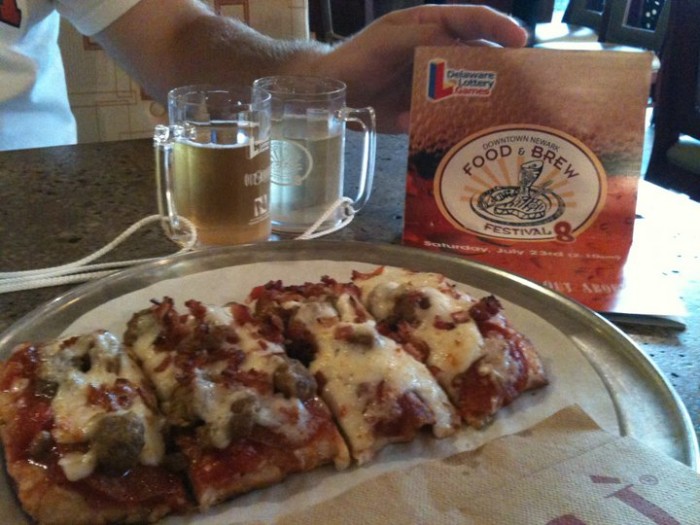 When the University of Delaware students are away, the locals will play! July 2016 will be the event’s 13th year pairing over 40 beers with the best food that downtown Newark has to offer. 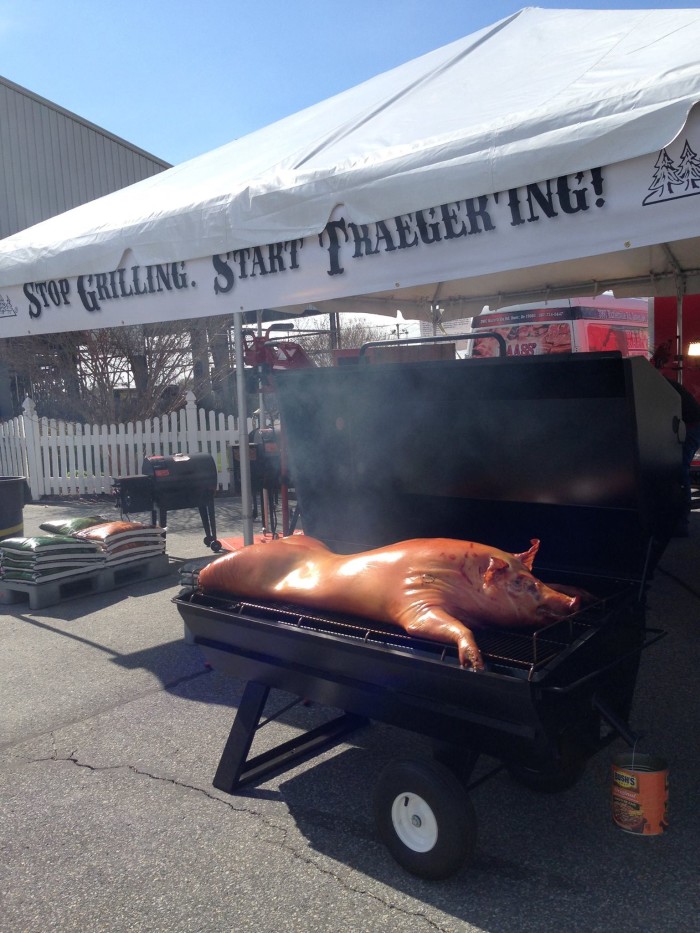 Back in 2014, the Delaware State Fair kicked off an April food festival that’s steadily grown in popularity. It features a barbecue competition, cold beer and live music – a triple threat. 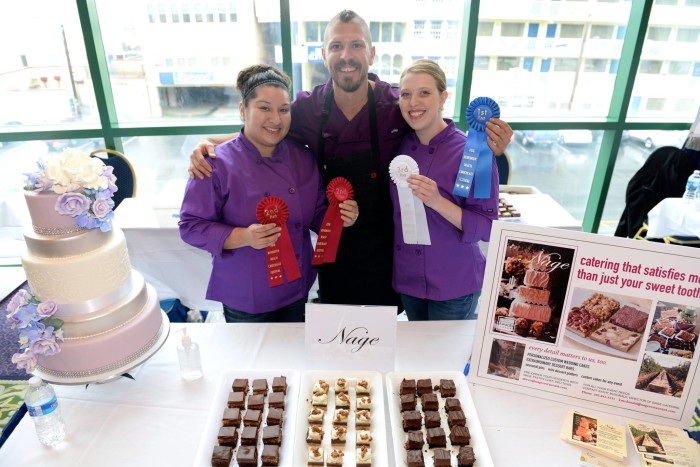 If the ice cream festival wasn’t enough for your sweet tooth, be sure to get tickets for the annual Rehoboth Beach Chocolate Festival each spring. Sample contest entries in a variety of categories – not just candies, but cakes, cookies, and ice cream too, as well as (gasp) chocolate showpieces that you can’t eat.

Of course in Delaware there has to be a festival for seafood. Since 2008, this festival has paid homage to the bounty of the sea: scallops on a skewer, oyster fritters, crab cakes, clam chowder, and so much more!

Mark your calendars to pay homage to tacos this June. The first ever Delaware Taco Festival will be held at Blue Rocks Stadium (Frawley) in Wilmington. The site boasts that it will have over 30 taco vendors and plenty of tequila. We can’t wait to try it out!

Guys I know you don’t know me well enough yet, but I LOVE a great cocktail. As we are approaching the end of summer, I wanted one last taste of the sun before we get all cozied up and pumpkin spiced this fall. Cue THE WATERMELON CRUSH from DE.CO Bar in downtown Wilmington. WHOA. Light, […]

DE.CO is BACK!   Here at It’s Time, we are excited to tour our city as our favorite businesses and communities safely reopen. After months of quarantining, I’m super excited to be able to get back to DE.CO,  and visit their 7 different takeout options and sit at my all time favorite spot, THE BAR (but that’s for […]

We set out to uncover the people and places that truly make the Riverfront a special place to be. Check out all our blogs, vlogs, and interviews from the past few weeks! Be sure to check back for more great stories coming your way!